I'm a little late on this, but a product I worked on has been released by HP in their 11iv3 version of HPUX, in Feb 2007. Why did I find about it so late in the day? Well, I no longer work for HP, and I don't have many chatty, reliable sources in the company either.
Anyhoo, this was a project I joined, one that I led, one that I spent sleepless nights on, and one in which I had great fun. EMT, or Error Management Technology as it is formally called, is an online, searchable, updateable repository of error messages and associated cause/action information. It isn't very big, probably a hundred thousand lines of C++ source, and is a part of a much larger toolset called System Fault Management, or SFM, another project I contributed to.
The reason why I care about this project is that my team went through hoops trying to finish it. We had uphill struggles all the way, but we came through them, mostly successfully :), with the most harrowing experience being what we called the JOEM release - a pre-release version of the product that was supplied to Japanese OEMs. We scored a 4 on 5 for the product, and most of the objections they raised were minor, and were mostly features of the larger SFM toolset.
The joy of seeing your work in the public domain can never be sufficiently expressed in words. It is a thrill ride beyond thrill rides.
See more about EMT here. And remember, I did _not_ write the documentation.
Posted by Gops at 12:34 AM 2 comments: 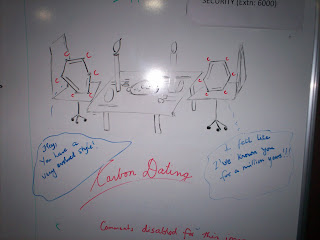 Recently, I've been reading a lot of books on evolution, and carbon dating is one topic that occurs every now and then. So influenced have I been by the process that I had to put it down in some form. Here goes:

What is the most appealing characteristic in a person? For me, amongst the things you can discover at first sight (so, it obviously rules out characteristics like honesty), confidence is the most appealing. I'm sure it is the same for many other people. But here is the question...why?
Let me admit at the outset that I don't know. Maybe because it conveys a sense of fearlessness. Maybe because confident people appear intelligent - particularly in one-on-one interactions. In general, confident people are also usually more convincing. Imagine if Winston Churchill, instead of saying "We'll fight them on the beaches, we'll fight them in France..." had said "um...er...we'll try and fight them on the beaches...er...maybe, try and fight them in France...er..." - would it have had the same electrifying effect on the Britons? Confident people do have a reassuring halo around them...
Interviews are an instance. Except for some utterly obnoxious candidates (my former co-interviewers will testify to having seen many such) who simply cannot backup their confidence, confident candidates do get away with an awful lot.
Coffee table discussions are an other. Time and again, I've been flummoxed by engineers who spoke total B.S, but spoke it with such confidence that my time-tested knowledge (of a very few things) just gave up! Recently, I got into an argument with a colleague about Java v/s C++ performance. As long as we were discussing, he almost had me believe that Java memory management is better performing than that of C++. It took me two reads of his source, a read of the programs mentioned by the source, a few tests, and another paper reading to re-realize what I knew all along - that his source was bunkum.
The point I'm trying to make is the importance of knowing that confidence does not come only from being right. It also comes from not knowing that you're wrong.
A lesson I learn everyday.
(Postscript: While on this topic, I'm one of those guys who thinks that Java can never beat C/C++ in a fair test, but one who also believes that a fair test isn't really possible. We'll always end up comparing apples and oranges. Java has a lot going for it, and it should just leave the performance bit to the Cexperts.)
Posted by Gops at 9:08 PM 2 comments:

OneNote is all you need

Yep. Read it with the "One love is all you need" tune. Nope. I haven't become a fan of "Blue". And yep, OneNote is a Microsoft software which does all you need.

For sometime now, I've been cribbing about usability of Microsoft software, particularly once you take into account how much it costs you to own them. I also have a slew of drafts lined up for you, all criticizing various aspects of Microsoft software, from Vista to Visual Studio. I had earlier cribbed about tables in Word - how you have to pre-create them, and you cannot simply tab your way into creating them. I also cribbed about how you cannot mix content the way you like, how you cannot search into content (images) and so on.

Well, OneNote is here. And really, it is all you need. OneNote lets you put text, handwriting, images, music - and here is the differentiator - where ever you want. Really. And It Just Works! In addition, most content is searchable. Even your handwritten text, or printed text in images. And searchable. And it integrates with Outlook. And you can make sections, pages and the like, as you need. And you have a shortcut in Windows that pops it up for you to take notes when your idea ticker starts to work. And you can tag things, make items in OneNote become Outlook reminders, and in short, do everything you need.

Try it out today - http://office.microsoft.com/en-us/onenote/default.aspx?ofcresset=1. This is one software, I'll bet, that will win, well, your mind!